The Combination of SIB and Blockchain

On 7th of February 2018, ‘Pan-Impact Korea’, managing the first SIB(social impact bond) project in Asia, whose outcomes payer is Seoul Metropolitan Government, transferred its SIB contract units to the investor through blockchain network.

This smart SIB is based on the real SIB project launched by Seoul Metropolitan Government in 2015 and the investment contracts signed between Pan-Impact Korea and the investors in 2016. The goal of the original SIB project is to help borderline intelligence children living in child welfare facilities in Seoul and improve their learning abilities.

SIBs are not ‘bonds’ in practice as they have been generally implemented by private investment contracts. This attribute imposes the difficulties of transferring contracts on investors and increases the risk of investment. In addition to that, it is somewhat complicated to calculate outcome payouts according to various conditions SIB projects have.

To overcome these limitations and spread the innovative tool more widely, Pan-Impact Korea made a SIB smart contract using Solidity, a smart contract programming language based on Ethereum platform, and it became the first smart SIB in the world.

The smart SIB is not crowdfunding named SIB. It has a standard structure consists of the government as outcomes payer, intermediary, investors, service providers and independent evaluator. Therefore, this is validated by the government-backed original SIB contracts.

Investors do not need to trade any cryptocurrency, but they trade the rights of shares of real money invested. The solid and unique feature of this smart SIB is that investors will be rewarded with real currency, not cryptocurrency, paid by the government. This system is robust and unaffected by the fluctuation of cryptocurrency prices.

Smart SIB is the good case that demonstrates the potential of innovative technology applied to social innovation. 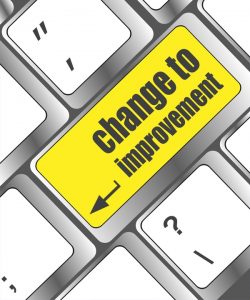 The main functions of the smart SIB are described below.

(1) The SIB contracts were segmented into transferable 1,110,000 units and initially sent to the original investors of the project.

(2) The owners of SIB contract units can see their balances and send them to other investors safely.

The investors do not trade cryptocurrency. A tiny amount of cryptocurrency is used as a fee only when they run some functions of the contract.

(3) After the evaluator measured the result of the project, income per unit will be computed precisely and anyone can see it.

The investors can easily check their final income, and it is going to be disclosed to the public and stored transparently in blockchain.

(4) Before paying real money to the investors, investors can prove their real-world identities in a simple method. Their personal information will be encrypted and only the issuer can verify it.

(5) The issuer can post a notice on the smart contract.

// Smart SIB version 2.0 : After the first version of Smart SIB was deployed, Pan-Impact Korea has upgraded its functionality for next projects.

(6) Safe trade function is added, which prevent investors from trasferring units to wrong address, or trasferring wrong amount of units.

(7) The issuer of smart SIB is able to set the maximum number of investors, and smart SIB permits the inflow of investors up to that number.

This is the auto-management function that make participants comply with the investment law of the country and any specific condition applied to SIBs.

Issuer and investors are able to see the number of current owners in real time through smart SIB.

It will spread positive impact on society, however, if we do not turn our faces away from the technology people misunderstand, and show a good example of its application with social innovation ideas. In this sense, it is meaningful that blockchain is used for SIB, the method that works for public good.

Pan-Impact Korea has improved stakeholders’ benefit and intermediation method of SIBs. It sends a good signal to impact investing market as its implication is applicable to various activities in the market. Pan-Impact Korea will pioneer and explore the fields of 「smart impact investing」 to help other innovators and extend positive impact for our lives. 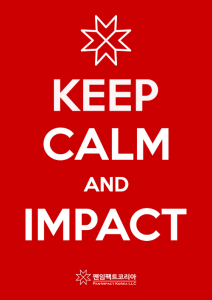